I ate milk the other week. I know, fascinating right? It was hiding in the mashed potato. A couple of hours later I was crying because my problems became unsolvable and hopeless. A couple more hours and there was an unpleasant and rapid evacuation of the contents of my gut, and I was happy again. That is interesting.

At that point I hadn’t consumed dairy for about two years, because I discovered through an elimination diet that it really didn’t agree with me. As in it gave me depression. As in I’d eat my chocolate bar as comfort food then spiral into despair. As in I ate 2 magnums one day (I have no will power) and the next day I literally wanted to die because to live was mental torture, prospects were overwhelmingly bleak. One of the derailed thought trains that was overwhelming me was the state of the world, and particularly climate change. Yes we should be very upset about this, that’s a natural and healthy response to all the destruction we see and we can use it to spur positive action. In my unhealthy brain however there was no hope, there was no drive. There was giving up and there was a loud voice in my head saying I couldn’t reach out, noone would understand, I was completely isolated and trapped. That is the voice that disappeared when I stopped having dairy.

Luckily being a chocoholic came in handy here because it drove me to seek help from a dietitian as I wanted to eat milk chocolate again, rather than a psychologist, who I’m sure would have helped but wouldn’t have gotten to the root cause. My recommendation now would be to go see an integrative doctor or naturopath with gut healing expertise.

When I did the elimination diet a couple of years ago I was really surprised by the dairy result. I expected to feel a bit crook because since a teenager if I drank a glass of milo (chocoholic) it would sit like a brick in my stomach and I’d feel really lethargic. Yes I felt that, but it also became very apparent that the least sane of my mental moments were highly correlated to the consumption of lactose. It’s like it preyed on my worries and took any rationality and hope from them, then cycled them round my brain so it felt like that’s all there was. I have since learnt mindfullness and meditation and all sorts of wonderful things on my happiness quest, but frankly if I didn’t stop eating dairy all of that would have done Jack Shit. So when the old thought pattern came back the other night I was able to go ‘hello, I see you, I recognise you and you are not me’, but I felt the irrational despair all the same and just clung to the thread of hope that it probably wouldn’t last. Thank goodness my body knew what’s good for it and cleaned out.

Lactose isn’t the only thing that messes with my head either. Some fruits give me a headache and a mild sense of despondency. I had a yeast overgrowth which whispered some funny things in my ear about what I should eat. But gluten. Gluten! Takes the cake (hah). My friends still laugh about the time I was doing a tv news interview for work (thankfully the reporter and cameraman happened to be friends too) and the day before I had inadvertently had gluten in an Easter bunny (chocoholic). It was at a school holiday thing and half way through the interview a donkey in an Indian headdress was led behind the camera and mid-sentence I said ‘oh look, a donkey’, and got so distracted that that was the end of the interview. Luckily there were lots of cute kids to fill the news piece, but there’s a clip of me there getting the names of the rivers wrong. How embarrassing. Gluten dissolves my brain. It turns it into cotton wool mush and I can’t form complete sentences, take on new information, problem solve or concentrate. 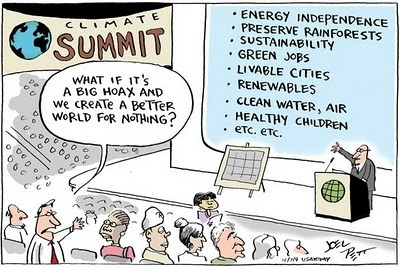 I am telling you this because until I removed these things from my diet and felt so profoundly better I had no idea that our mind was so connected to our gut. I thought that where I was mentally was just how things were now and the positive, happy-go-lucky self that I used to identify with was a thing of the past. The gut is worth experimenting with. It may not have the same symptoms for you as me, or you might identify with the symptoms but have different causative factors. Mine was a damaged gut and massive gut flora imbalance triggered mostly by stress, with an underlying lactose sensitivity made a thousandfold worse by the damaged gut. While you get the emotional support you need there are also many things you can try to support your physical body. It’s like climate change – the world is not going to be a worse place if we take the actions we know we need to take, in fact we expect many benefits. Same goes for looking after your gut. The environment of your body impacts the climate of your mind. Be good to your gut, just for the hell of it, just in case, as an act of diligent self love and care, and you may be surprised by the benefits you reap.

The environment of your body impacts the climate of your mind

There is a large and rapidly growing body of research now looking at this gut-brain connection, so if you want more info Google should be very helpful. Also check out the work of people such as Kelly Brogan, Natasha Campbell-McBride, David Perlmutter and Terry Wahls.

Some tips for looking after your gut:

If you want support and motivation to start taking the steps to feel what it feels like to look after your gut (hint: amazing) then watch out for my cleanse and connect kickstarter program coming soon! September 1 to be precise! It will be a fun way to experiment with what works for you with a group of fellow Earth Warriors. I’ll announce more details next week, so make sure you’re subscribed to my emails to be in the know on that one.

About the Author: Kirsty